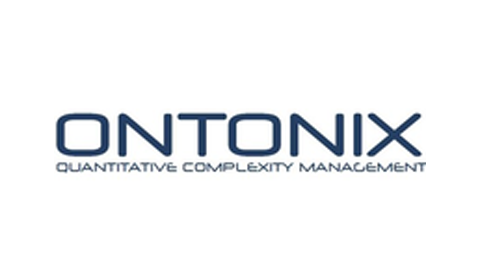 Originally established in the USA, Ontonix is now headquartered in Sondrio, Italy. Ontonix works mainly with the defense and manufacturing industries as well as with medical institutions, such as the MMI and Boston Scientific. Ontonix owns the OntoMed brand (www.ontomed.net) and its employees have led two IV framework EU projects.

The company is the first to have developed technology to measure and manage complexity of generic systems.

The complexity analysis tools developed by Ontonix will be instrumental in analysing data gathered in the trials in order to determine the existence of interdependencies and correlations according to new nonlinear approaches, in providing a novel scheme of patient clustering and classification, based on patient complexity, in identifying and ranking risk factors for each patient group/class and delivering indications of pre-crisis situations in cases in which temporal monitoring of patients is available and in providing a graphical representation of patients belonging to a given class. This representation has the form of a graph and is known as a Complexity Map. The tools provided by Ontonix allow also to measure the quality of data prior to performing the actual analysis. This is of importance because low-quality data will lead to low-quality and risky results. Data quality assessments are of paramount importance especially in projects where large amounts of (expensive) data are involved.

Ph.D., Chief Technical Officer. MS in Aeronautical Engineering (Politecnico di Milano), MS in Aerospace Engineering (Politecnico di Torino) and Ph.D in Civil Engineering (Universidad Politecnica de Catalunya). He has held various executive positions and has worked for companies such as EADS, BMW AG, Centric Engineering Systems, Tecnomare, ESI, Silicon Graphics and MSC Software. Ex-rocket scientist and author of ten books on uncertainty and complexity management, with more than 35 years of experience in data analysis in various industry sectors. He developed in 2003 the Quantitative Complexity Theory, which has been incorporated on a chip by the US defense industry for monitoring critical systems. In 2005 he founded Ontonix. In 2009 he developed complexity and resilience-based rating/classification system for generic systems, including hospitalized patients.

Responsable Services. Degree in economics and more than thirty years’ experience in advising and supporting Business Managers to reach their business objectives through the right deployment of technologies and management of complexity of their business and respective environments. He has worked for leading research companies such as Gartner, where he held a VP position, and for management consulting firms Nolan & Norton and KPMG. He has broad international experience, having operated at the board level of major financial institutions in Italy, Spain, Portugal, and other global corporations. His background is economics with strong Information Technologies-related know-how in Financial Services. He has been at Ontonix for over twelve years and has recently published a book on managing and governing complexity.